UGO! Intelligent Glass in the most technologically advanced wine bar in the Czech Republic

Cyberdog, a unique technology and information centre with robotically operated gastronomy services in Prague’s Butovice district, was created based on a design by David Černý and Tomáš Císař from the Black N´ Arch studio. 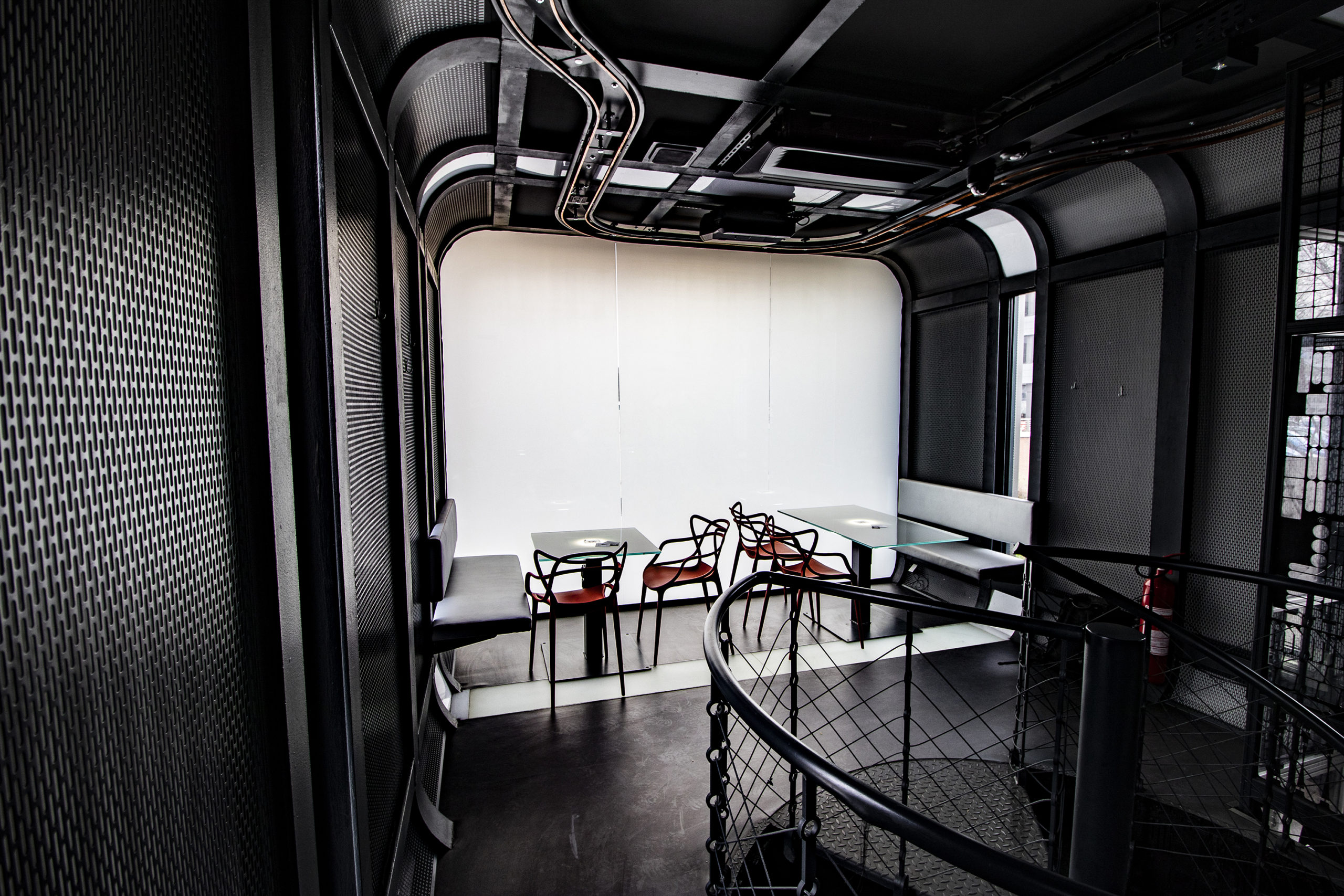 Cyberdog, a unique technology and information centre with robotically operated gastronomy services in Prague’s Butovice district, was created based on a design by David Černý and Tomáš Císař from the Black N´ Arch studio. The studio forms part of Trigema, the investor of the entire project that Cyberdog has built and operates.

UGO! Media was approached by Trigema to collaborate by supplying projection technology.

The main information area of ​​the Cyberdog centre is a glass facade of approx. 4x3m on the second floor equipped with unique technology. We are talking about smart film which can be completely transparent or opaque. The smart (switchable) film functions as a sun protection screen as well as a projection screen that can be watched from both the outside and inside. Due to the size and shape of the front glass facade, it is a very unique solution where the entire glass surface with round corners is covered by three stripes of 1289mm wide smart film. Despite the fact that the film was installed only after the glass had been placed in the frame, the whole wiring of the electrical installation is ‘invisibly’ incorporated into the frame. Both smart film modes are controlled by a 220V / 45V power supply and can be switched on using a remote control.

The large glass area regularly features news and other scientific and technology information.

Since April, the smart film surface has been also used as a summer cinema. The projection is perfectly visible from the garden of the partner café and from the nearby square. Thanks to technology, CyberDog fulfils its mission and connects digital bar experiences to its surroundings, transforming public space into a place for meetings, entertainment and creating new dimensions of experience.

for more information go to: https://www.ugo-media.eu/en/products/intelligent-glass/

This website uses cookies to improve your experience while you navigate through the website. Out of these cookies, the cookies that are categorized as necessary are stored on your browser as they are essential for the working of basic functionalities of the website. We also use third-party cookies that help us analyze and understand how you use this website. These cookies will be stored in your browser only with your consent. You also have the option to opt-out of these cookies. But opting out of some of these cookies may have an effect on your browsing experience.
Necessary Always Enabled
Necessary cookies are absolutely essential for the website to function properly. This category only includes cookies that ensures basic functionalities and security features of the website. These cookies do not store any personal information.
Non-necessary
Any cookies that may not be particularly necessary for the website to function and is used specifically to collect user personal data via analytics, ads, other embedded contents are termed as non-necessary cookies. It is mandatory to procure user consent prior to running these cookies on your website.
SAVE & ACCEPT
Newsletter